All About Feline Immunodeficiency Virus (FIV) 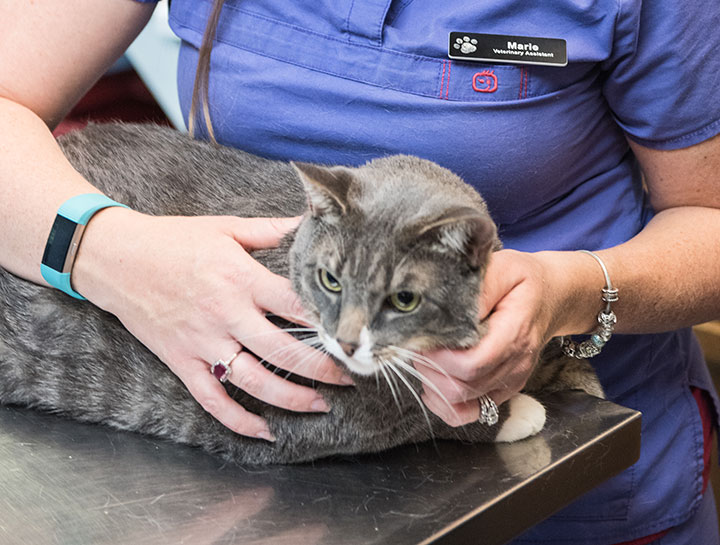 Feline immunodeficiency virus (FIV) is a lentivirus that attacks the immune system leaving the cat vulnerable to many other infections.

FIV is similar to HIV and causes feline disease similar to AIDS in humans. However, it is a species-specific virus that cannot affect people.

Infected cats can appear normal for years. Median survival time from diagnosis is five years but this varies tremendously. FIV is transmitted primarily through deep bite wounds from infected cats, not through casual contact. Aggressive male cats are the most frequently infected.

The virus loses infectivity quickly outside the body and is inactivated by all commonly used disinfectants. Infected cats need not be isolated in stable households.

Some common clinical signs in symptomatic cats include:

Some cancers and blood diseases are much more common in FIV infected cats. The virus is diagnosed by a blood test for presence of certain antibodies. If an initial screening test turns up positive, it is followed by an additional, more accurate blood test.

Kittens may test positive if born to infected mothers but very few of them are really infected and will need to be retested periodically until six months of age to confirm infection.

Unfortunately, there is currently no cure for FIV. Cats should be monitored closely for evidence of disease so they can be treated promptly. Infected cats should be spayed or neutered, fed a complete balanced diet, kept indoors to avoid spreading the virus to other cats and to keep exposure to illnesses to a minimum, and avoid raw meat diets.

There is a vaccine for FIV but it is controversial because following vaccination cats will test positive for the disease and thus can’t to distinguished from an infected cat.

Written by Christopher Alwang, DVM, earned his DVM degree from Tuskegee University in 1995.